When an interviewer tells you, “Everything looks good. We’ll just need to run a background check,” it’s normal for your heart to start pounding–even if you’re pretty confident your background check is clean.

Understanding the reasons and scope of background checks should put your mind to rest. In this post, I’ll be answering some of the most frequently asked questions about background checks. END_OF_DOCUMENT_TOKEN_TO_BE_REPLACED 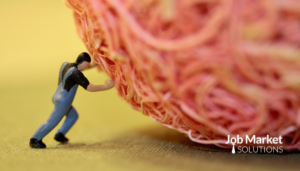 Some of my more challenging clients are the people who’ve been denied jobs because they don’t fit the profile of a perfect job candidate. Extended employment gaps, a negative background check or credit report, physical limitations, and being considered too old, too overqualified, or too expensive are all very real challenges to securing gainful employment.

END_OF_DOCUMENT_TOKEN_TO_BE_REPLACED

My client Charles faced a dilemma that’s fairly common: how to list a job that lasted a very short time on his resume. Charles worked in the financial services industry and, after just three months in a new position with a bank, he chose to leave because he realized the job wasn’t what he thought it would be. Fortunately for Charles, his former boss convinced him to return, and even gave him a promotion.

Fast forward four years. We’re now updating Charles’ resume. He wants to be honest when he presents his employment history, but is unsure about listing his brief stint at the bank he left for his present employer.

END_OF_DOCUMENT_TOKEN_TO_BE_REPLACED

Intellectual property: Company owns all of the content and information posted on this website, and no one may copy, distribute, or use any content, including that for financial gain, without the express consent of Company.

Send Us A Message